The Calendar of Ancient Gezer

You can see it from the main Tel Aviv-Jerusalem highway just about ten minutes after you leave the airport, heading in the direction of Jerusalem; it stands alone just south of the road, the hill that doesn’t have any trees or houses on it.  The hill on which Biblical Gezer stood is a familiar sight – from a distance; but it is well worth taking a detour to make a closer acquaintance. 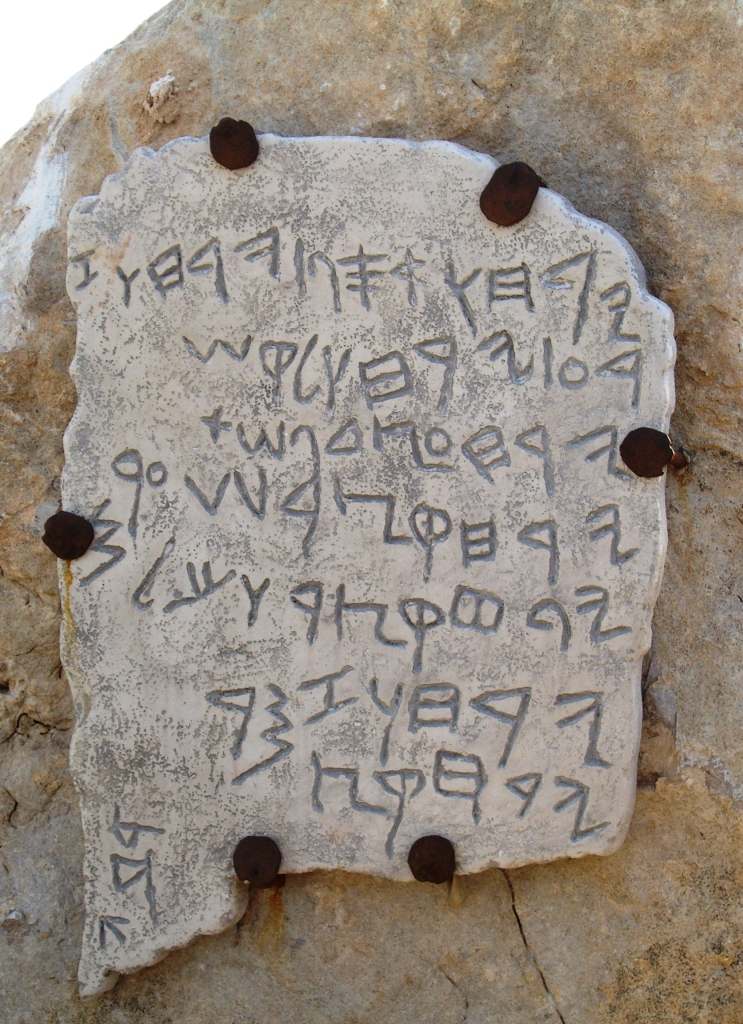 Gezer – already an important Canaanite city three thousand five hundred years ago – stood alone on its hill in the middle of the Ayalon valley. Then too, it was situated close to a highway – a branch of the “Via Maris”, a major trade route  – which would have ensured its prosperity, and explains why it was always heavily fortified. In the book of Joshua, we read how, after defeating the five kings of the Amorites at the battle of Gibeon, Joshua killed Horam king of Gezer who had come to help his ally the king of Lakhish. In spite of this victory, it seems that Joshua did not succeed in capturing Gezer. In fact, it is not until the time of King Solomon that we hear of Gezer being part of the Israelite state – and even then it was the wedding gift of the king of Egypt whose daughter had become one of Solomon’s wives.

On the hill, you can see a replica of the Gezer calender; dating to the middle of the 10th century BCE, this is considered to be one of the oldest Hebrew documents ever found. It is a list of the agricultural work done throughout the 12 months of the year.

You can descend into the ancient water system – a pit dug down through the bedrock until it reached the water table – – which allowed the residents safe access to water without them having to go outside the city walls.

There is also what is believed to be a Canaanite “high place”, a group of great standing stones. The fact that these were left standing, suggests that the Israelite inhabitants of Gezer may not have always acted according to the Bible’s repeated injunction to “throw down the high places”.

The next time you plan to travel the modern highway, leave a little time to turn aside and explore the city that once dominated the ancient route.