John the Baptist at Ein Karem 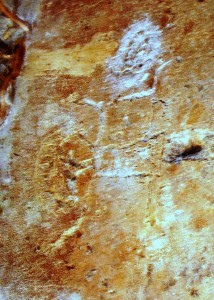 Ein Karem, now a leafy suburb on the western edge of Jerusalem, is the traditional home of the parents of John the Baptist – Elizabeth and Zechariah. The Gospel of Luke relates how, shortly after the Annunciation, the Virgin Mary came to visit her cousin Elizabeth, who was already six months pregnant with the future John the Baptist. This is commemorated today in Ein Karem by the beautiful Church of the Visitation. The association of John the Baptist with Ein Karem is also celebrated by the 17th century Church of St John, and many other churches and Christian communities in the area.

The Gospel does not mention Ein Karem by name, just a “town of Judah in the hill country”, and until recently, there was nothing other than tradition linking the town to John the Baptist. However, a recent discovery in a cave on land belonging to nearby Kibbuts Tsuba has for the first time put the connection on a much firmer historical footing.

The cave   – about an hour’s donkey ride from Ein Karem –  is located close to a riverbed in a steepsided valley where the kibbutz maintains an olive grove.  The cave is actually a plastered cistern for collecting rain water, built in Old Testament times. The entrance was discovered when the area was being prepared for cultivation. Inside, there is a crudely-drawn  – but unmistakeable – picture of John the Baptist carved into the limestone walls “dressed in camel hair robes” as described in the Gospel of Matthew.  Several crosses and a rough drawing of a severed head were also carved into the walls, illustrating John’s death by beheading at the hands of Herod Antipas, ruler of the northern Galilee region at the time.

According to the archaeologist who excavated the cave, the drawings are the work of Byzantine monks who used to gather in the cave to tell the history of John the Baptist.